After a lot of hard work, we finally got the Sailfish SDK alpha version out. I've been involved in the SDK work for some time now, and I'm extremely happy to see the community to start to port their apps to Sailfish OS.

After the launch I've seen some really cool screen shots of apps being developed or ported to our platform. Now, I'd like to show something I've been doing. I've got a few of my own hobby projects brewing, and I've done couple of initial ports of nice open source apps to Sailfish as part of testing and presenting the initial SDK. So for benefit of the community, I'm now publishing the sources of my first porting project, Grrok. Grrok is a great little Google Reader client by Jon Levell. Its open source and I like it, so I did a quick port of it to Sailfish and used it to demo developing for Sailfish at Jolla Hackday and at Qt Developer Days 2012 at Santa Clara, California.

Here is couple of screenshots: 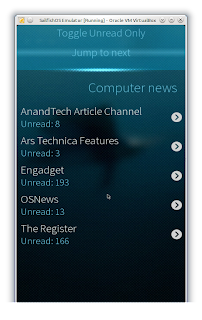 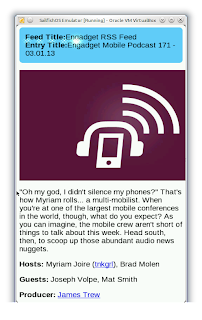 The sources of my port are available at: https://github.com/veskuh/grrok